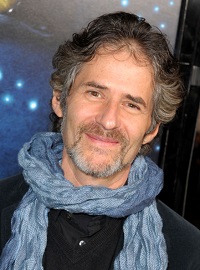 James Horner, one of the most prolific film composers died in a plane crash yesterday at the age of 61. His credits are too numerous to list here, but he has been a major fixture in genre films for decades. He scored two Star Trek films (II and III), was a frequent collaborator with James Cameron (Aliens, Titanic, Avatar), and scored many of the Don Bluth animated films (An American Tale, The Land Before Time, etc).

Horner was nominated for ten Academy Awards and won twice (both for Titanic, Best Score and Best Song). How influential is he? He was the 35th person added to the IMDB database back in the 90’s and his score for Titanic is the best selling orchestral film soundtrack of all time.

Some of James Horner’s work sampled below.

END_OF_DOCUMENT_TOKEN_TO_BE_REPLACED

This week, instead of “Manga Monday”, I’m doing something a little different with “Music Monday”, where I review a concert DVD, album, or even Opera that is in some way Genre related. It could be an opera with sci-fi or fantasy subject matter (such as the Ring Cycle), or it could be a concept album and/or a concert DVD supporting a concept album with similar subject matter, like Rush’s 2112 or today’s review – Hawkwind’s Chronicles of the Black Sword. END_OF_DOCUMENT_TOKEN_TO_BE_REPLACED

National Public Radio recently aired a report on the Klingon Terran Research Ensemble, a group of humans studying Klingon opera in the Hague.