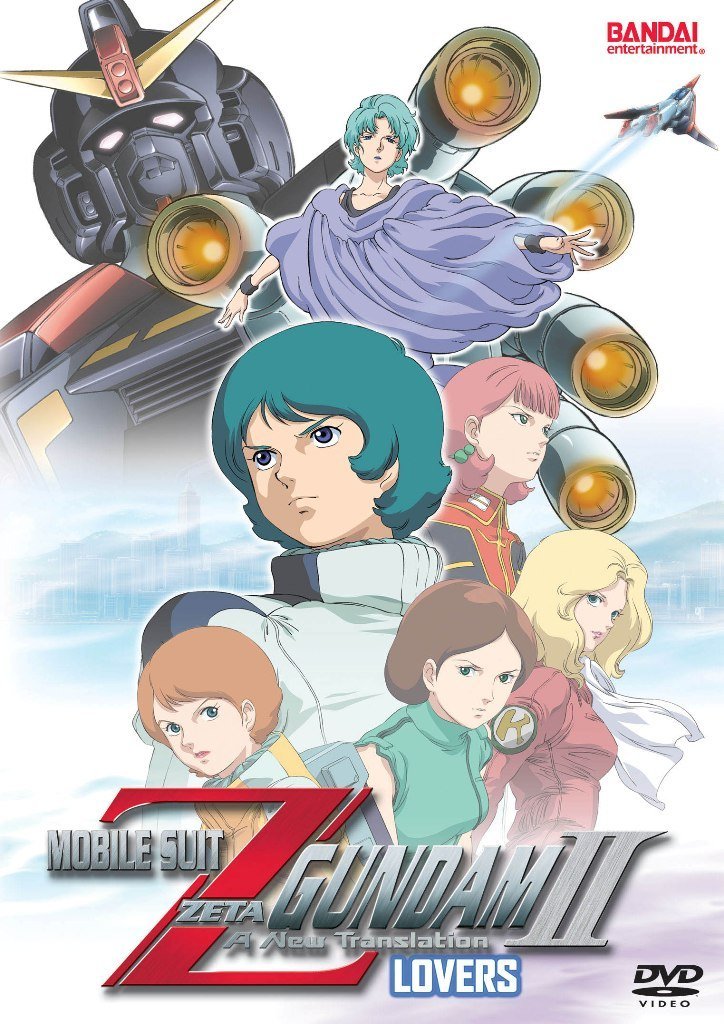 We continue with the Zeta Gundam compilation movies with part 2, Lovers.

After the Titans destroyed Jaburo with a nuclear weapon in a failed attempt to wipe out the AEUG, the AEUG’s forces on earth attempt to re-supply while Quatro Bajeena and AEUG Commander Blex travel to a meeting of the Earth Federation leadership to make their case that the Titans need to be disbanded, whiled the Titans argue that the entire Earth Federation military should be placed under their control.

The colony drop looks absolutely gorgeous. The film as a whole uses a lot more of the new animation than the first film did, and it benefits from it.

Unfortunately, this film is where the compilation format starts hurting the narrative. In particular, Bajeena’s speech to the Earth Federation council, and its result – that the Titans are disbanded, are cut from the plot. Instead, the conclusion of that sub-plot is left up in the air, with no explanation for why the Titans are racing the AEUG to see who can ally with Axis Zeon first.

Also, the kids are similarly introduced into the story out of nowhere, and serve no purpose but to throw a monkey wrench into the works.

Originality: Still an adaptation, but with some tonal changes. 3/6

Story: Chopping a bunch of TV show down to a couple hours means there will be plot holes, no matter how hard the writers try to patch them up. 4/6

Acting: Yukana does an excellent job of stepping into the role of Four Murasame, especially with the angry backlash from Japanese fans over recasting the role. 5/6

Emotional Response: This film puts a lot more focus on character relationships, to amp up the response when those characters are in danger. 4/6

Overall: This is a good middle chapter, with a nice cliffhanger. 5/6