(Video from the Associated Press)

Firefly’s Shepard, Ron Glass, Heads Out Into The Black

Because 2016 hasn’t sucked enough, we lose the man the represented the soul of the Serenity. No details yet, but Ron Glass, famous for a variety of TV roles, including seven years on Barney Miller, has passed away at the age of 71.

As Shepard Book, a wandering preacher, Glass brought dignity to an undignified crew. He would reprise the role in the film sequel, where he uttered one of the most poignant lines of the series, “I don’t care what you believe. Just believe it.”

He got there with grace, humor & enormous heart. He was, among so many other things, my Shepherd. Raise, appropriately, a glass. Rest, Ron. pic.twitter.com/yzPly7TmgE

The comic book world lost a figure of global influence this week. Jack Chick, the prolific creator of those rectangular extremist comics often found in public places, and the deranged conspiracy Crusader Comic Books, died October 23. Chick’s often surreal comic-book rants against everything from evolution to role-playing games created controversy even among evangelical Christians and became ironic must-reads among many hip consumers of comix culture. Over the years, Chick claimed the Catholic Church created Islam and assassinated JFK, warned against the corrupting influence of rock ‘n’ roll, Bewitched and Family Guy (well…), and established much of the groundwork for the 1980s/90s “Satanic Panic.”

Pity he couldn’t have held out a bit and died next Monday. Chick freakin’ hated Halloween.

END_OF_DOCUMENT_TOKEN_TO_BE_REPLACED

Gene Wilder, well known as Willy Wonka and Young Frankenstein, died at his home due to complications from Alzheimer’s disease. His long and diverse career included many comedic roles.

Kenny Baker, the man who was Artoo, dead at 81

Kenny Baker, best-known as the animating spirit in one of cinema’s most famous machines, died at 81 after a lengthy illness. Baker had a number of genre credits to his name, including Time Bandits and Labyrinth. He will be missed.

Jerry Doyle, best-remembered for his role as Garibaldi on Babylon Five, has died at the age of 60 at his Las Vegas home. An autopsy is pending.

The influential cartoonist and artist Jack Davis, best-known for his work in Mad Magazine (and EC’s earlier titles), has passed at the age of 91.

In addition to his long association with Mad, Davis also created a wide range of commercial art, including memorable album covers for a bewildering range of musical artists.

Noel Neill, an actress whose career intertwined with the Man of Steel’s, died July 3 at the age of 95.

Neill was the first actress to play Lois Lane in a live action film, the 1948 Superman serial. She reprised the role in Atom Man vs Superman, and later took over the role from Phyllis Coates after the first season of The Adventures of Superman. She also made cameo appearances in Superman (1978) (as Lois’s mother), the late 80s / early 90s Superboy series, and Superman Returns (2006). She also had small roles in a couple of Hollywood classics, most notably Gentlemen Prefer Blondes (1953), and in at least one other TV show with “genre” connections, The Lone Ranger. Although she mostly retired after The Adventures of Superman, her role as Lois kept her in fandom’s eye.

The 2010 tribute is courtesy of CapedWonderJim: 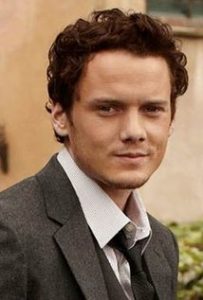 2016 has claimed another well-loved actor. A tragic accident has taken the life of Anton Yelchin, best known as the new Chekov in the post-2009 Star Trek films. He plays the role a third time in next month’s Star Trek: Beyond.

It’s sad to see a promising actor cut down so young. If you haven’t seen him in his other non-Star Trek works, I highly recommend Charlie Bartlett and Odd Thomas.

Yelchin was killed when his car rolled into him. The vehicle in question may have been the subject of Jeep’s recall.

A Quick PSA: Please, please, please set your parking brake whenever you leave your car. Just get into the habit. Do not rely on your transmission or flat ground to keep your vehicle from rolling away on you. END_OF_DOCUMENT_TOKEN_TO_BE_REPLACED

Darwyn Cooke, the Eisner-winning writer and artist of comics, is dead at 53. Cooke is best-remembered for his work with DC, including the brilliant retro-series, The New Frontier.

Donations may be made to the Canadian Cancer Society and the Hero Initiative.