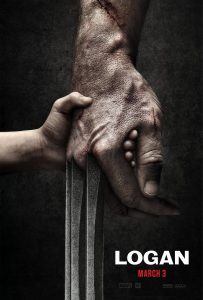 The latest (and presumably last) Wolverine movie is coming out next March. The scale and scope of this one seems very personal (helped along by some nice Johnny Cash music).

And who doesn’t want a road trip movie with Hugh Jackman and Patrick Stewart?

END_OF_DOCUMENT_TOKEN_TO_BE_REPLACED

This week I’m taking a look a western comic by a manga artist – in this case Tsutomu Nihei’s take on Wolverine in the comic Wolverine: Snickt.

END_OF_DOCUMENT_TOKEN_TO_BE_REPLACED

Empire Online has an article reporting on the future of the X-Men Franchise, particularly the upcoming Wolverine, Deadpool, and X-Men First Class films, as well as the Magneto films. The good news is that the Deadpool film is going to be a re-boot, so we’ll be able to get the wise-cracking Merc With The Mouth (as well as his supporting cast – though there’s no mention of Bob: Agent of Hydra). The bad news is that we’re probably not going to get the Magneto movie, at least not unless the de-aging technology they used for part of X-Men 3 becomes much cheaper.

I’d like to thank Chad for the story submission, and if you have any stories you would like to submit to the site, feel free to send them to fiziko(at)bureau42.com with “Story Submission” in the subject line.

END_OF_DOCUMENT_TOKEN_TO_BE_REPLACED

If you’re into the new Wolverine movie due out on Friday, I just killed your productivity today.